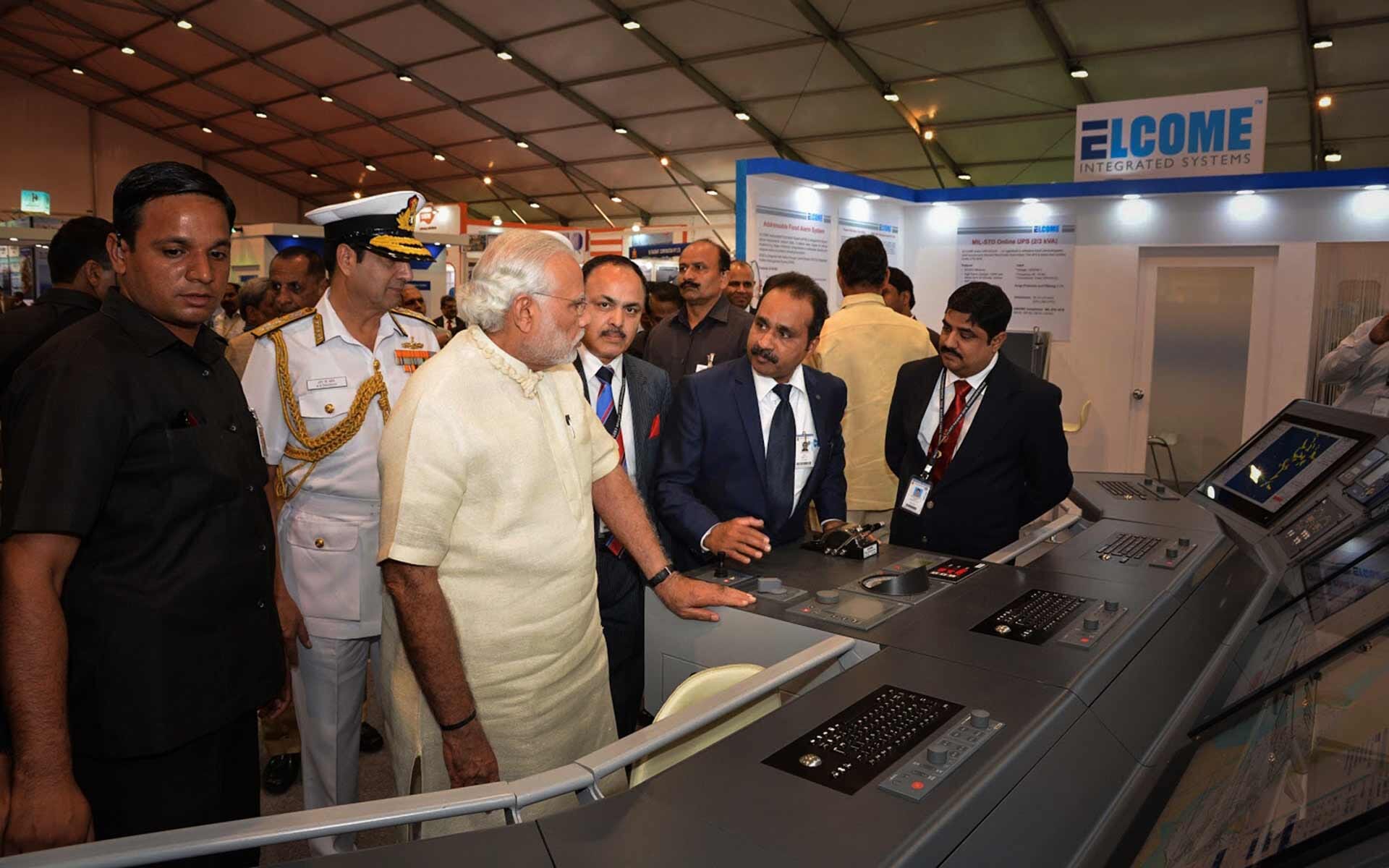 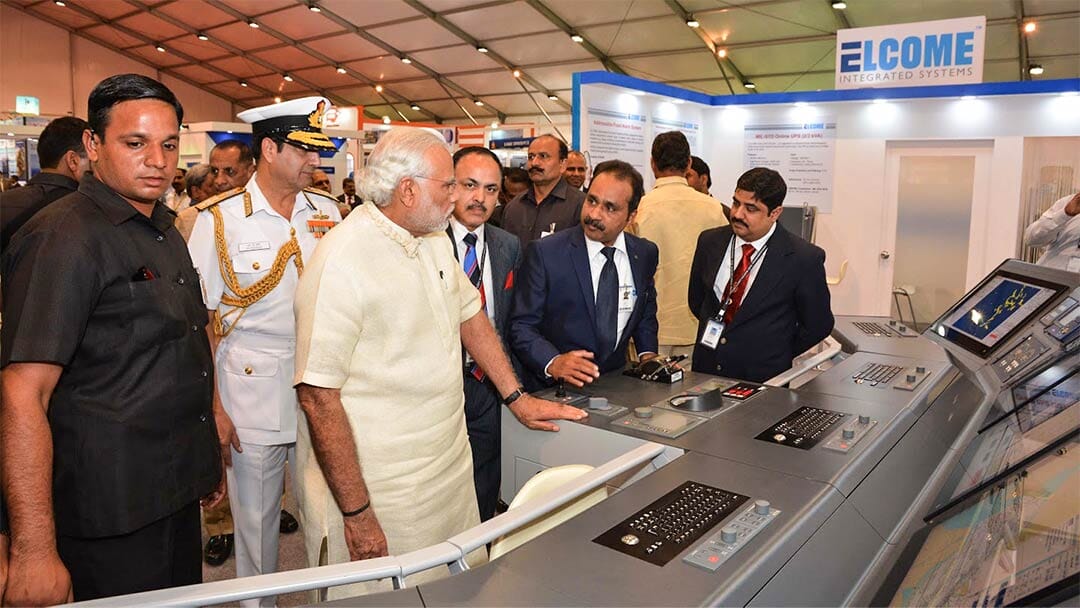 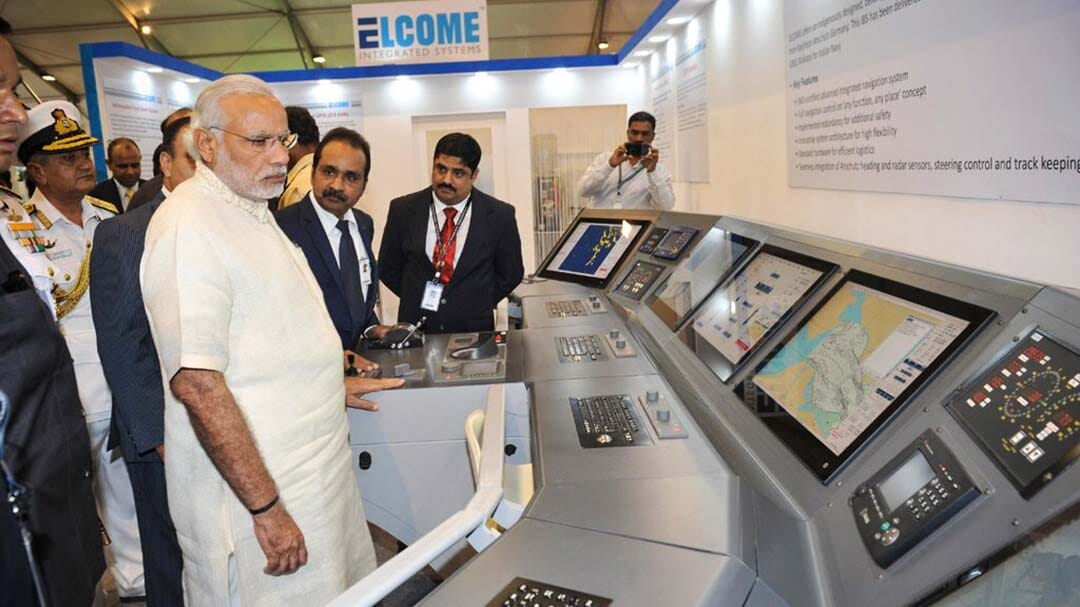 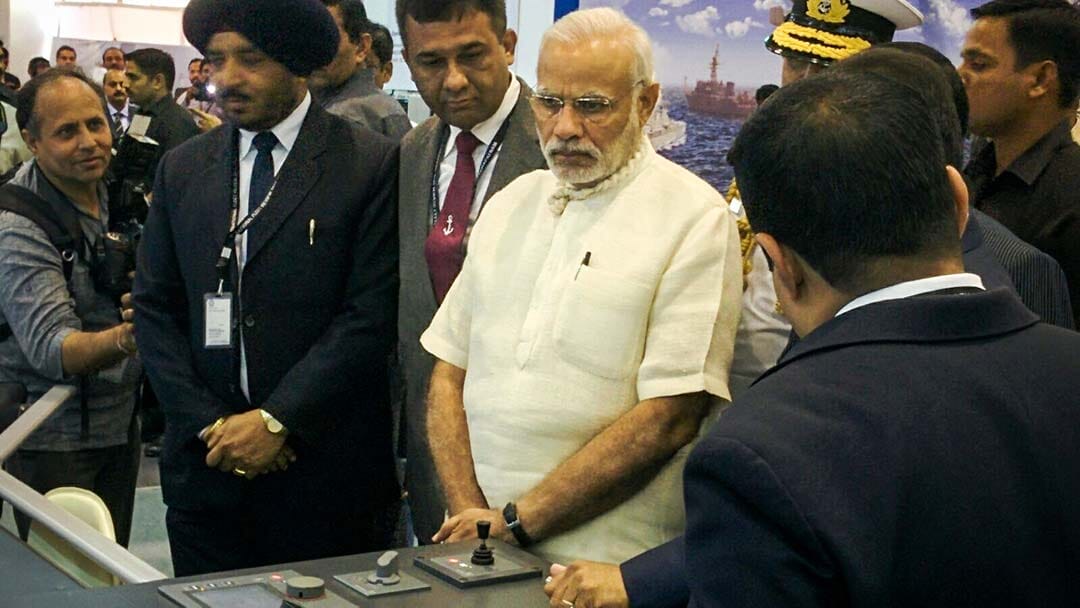 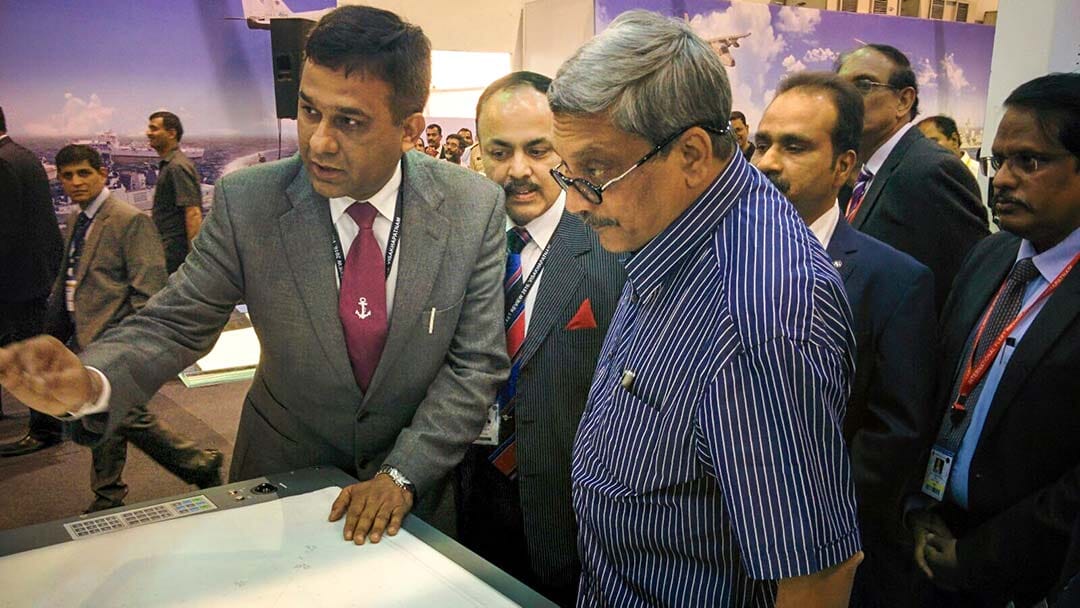 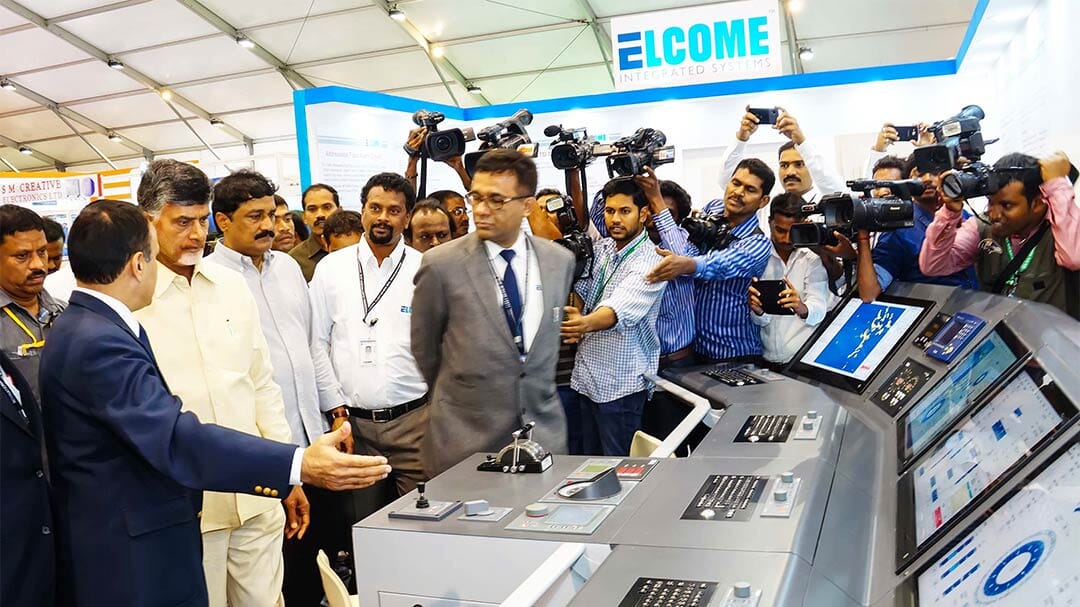 Indian Prime Minister, Mr. Narendra Modi visited the stand of Elcome Integrated Systems Pvt. Ltd., at the eleventh International Fleet Review 2016 in Visakhapatnam. A suite of systems on exhibit, which are designed, developed, and built in India by Elcome as part of its commitment and participation to the ongoing campaigns of government – Make In India and Indigenisation of Indian Navy.

As the supreme commander of the armed forces, the President of India Pranab Mukherjee reviewed 70 warships at theIFR. The Maritime Exhibition (MAREX), as part of IFR, was inaugurated by the Chief Minister of Andhra Pradesh, Mr. N. Chandrababu Nadu.

The International Fleet Review 2016 was held in port city Visakhapatnam from February 4th to 8th with 54 participating nations across the globe, displaying nearly 100 including warships, sailing boats, aircrafts, and submarines.

Sorry, the comment form is closed at this time.